Private VLAN Subnet is a virtual local area network (VLAN) interface that groups servers within a Team to enable private interactions, as if the servers were attached to the same wire.

What is a Private VLAN Subnet?

A virtual local area network (VLAN) is a group of devices on one or more LANs that are configured to communicate as if they were attached to the same wire, when in fact they are located on a number of different LAN segments. Because VLANs are based on logical instead of physical connections, they are extremely flexible: even though your servers may be spread out through multiple network devices it will appear as if they are directly connected to one another.

VLANs define broadcast domains on a data link layer (OSI layer 2). A broadcast domain is a set of devices that can exchange network packets with one another. VLAN packets at Cherry Servers are not routed through the network layer (OSI layer 3), thus packet exchange is only possible between domain members on a VLAN scope. Traffic is not filtered or limited in any way between your servers on a VLAN.

How Does a Private VLAN Subnet Work?

All servers with a pre-installed operating system are deployed with a Private VLAN Subnet interface by default with an exception of Cloud VPS Virtual Servers installed with ESXi hypervisor.

An example of a default Private VLAN setup is provided below: 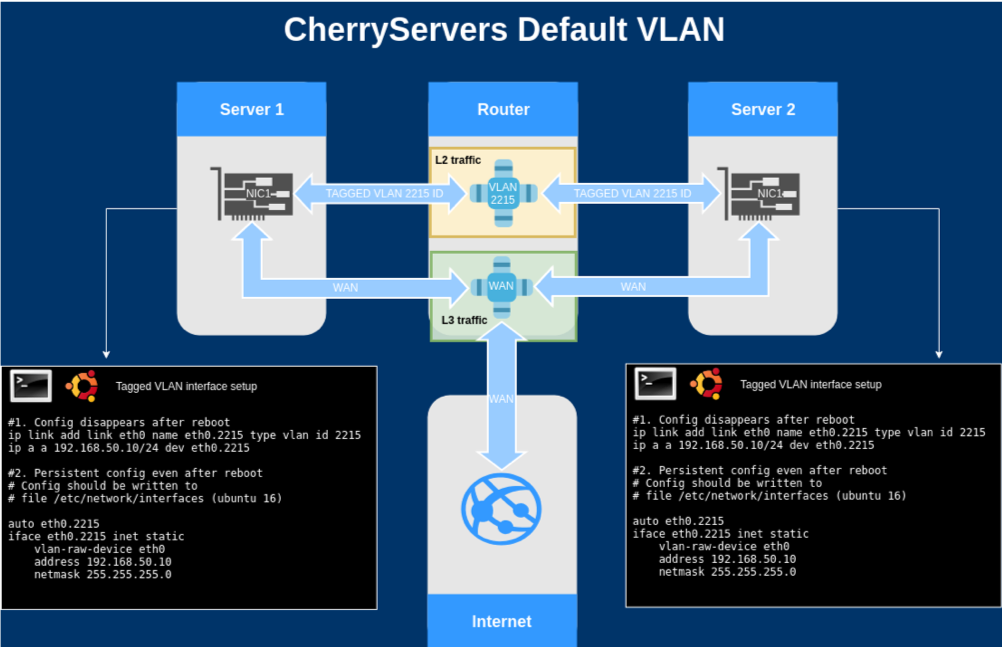 What if You Need a Custom Private VLAN Subnet?

An example of a custom Private VLAN set-up is provided below: 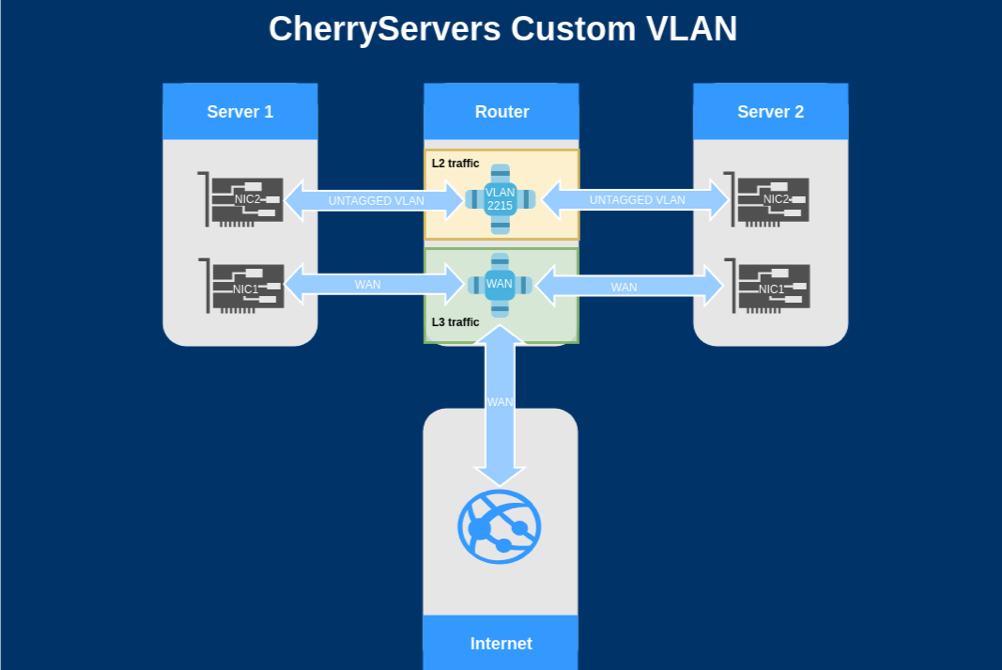 Private VLAN has the same speed as your server's public connection. It is possible to increase this by installing additional network card.